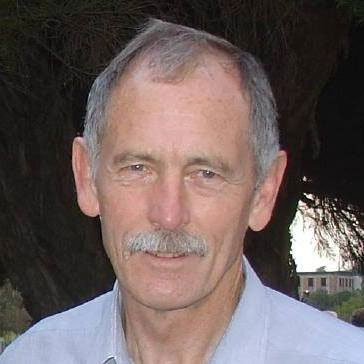 Dave Skinner is a bladesmith from Port Elizabeth in the Eastern Cape of South Africa. He is an optometrist by day and a knifemaker in the evenings. His great attention developed in optometry has clearly moved into his knifemaking.

In 2011, Skinner got hooked on forged knives and damascus after he took an introductory course at Heavin Forge with Mastersmiths Heather and Kevin Harvey. Immediately after the course, he started forging on his own, refining his skills, and finished his first blade late in 2011. He continued to practice, and in 2015 he was back at Heavin Forge, where he completed the American Bladesmith Society Introduction to Forging course. He spent the next year making his submission knives for the Knifemakers Guild of Southern Africa, and was accepted as a Guild member in 2016.

Most of Dave Skinner’s knives are forged carbon steel or his own damascus. When forging carbon steel, he often borrows a Japanese heat treating technique, creating a clay zone differential heat treatment (hamon).

Dave Skinner is a talent to be reckoned with! He has won numerous awards, including: